Thomas finally came down with the cold his body had been fighting today, and needed some culinary medicine. I decided that black beans and the kabocha squash sitting on my counter would be a great base, and I threw in a package of sprouted tofu because he loves tofu the most of any human I know! I also love to give my crazy Seattle bicyclist super protein packed meals whenever I can.

1. Mist a large pot with olive oil and set to low/medium heat. Add onions and cover. Keep chopping pepper, garlic, squash, stirring them in as you go, replacing cover after each, about 10 minutes.

So really, I was trying to make the Kind Diet’s “deeply nourishing” macrobiotic recipe for the Adzuki beans & squash. I had made it once, over a year ago and didn’t like it much, so I was really trying to figure out if I’d like it better with butternut squash instead of the recommended kabocha.

Turns out that for me, I just need a lot more flavor in my life! Since I’m not macrobiotic, I didn’t feel too bad about adulterating this recipe. : ) 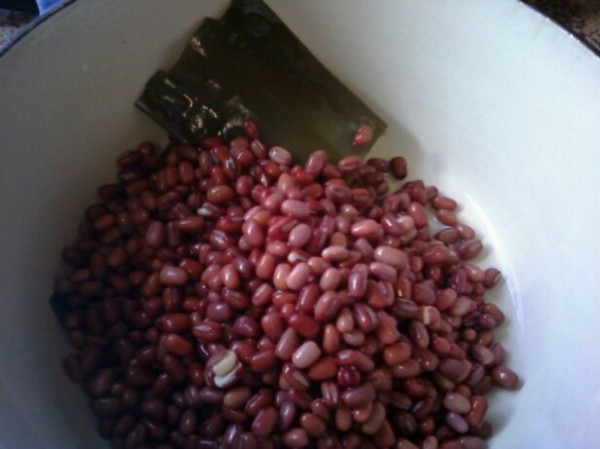 Here are my adzuki beans and kombu rinsed off after a night of soaking.

I sliced the kombu into 1″ pieces and covered everything with a good inch or two of fresh water. 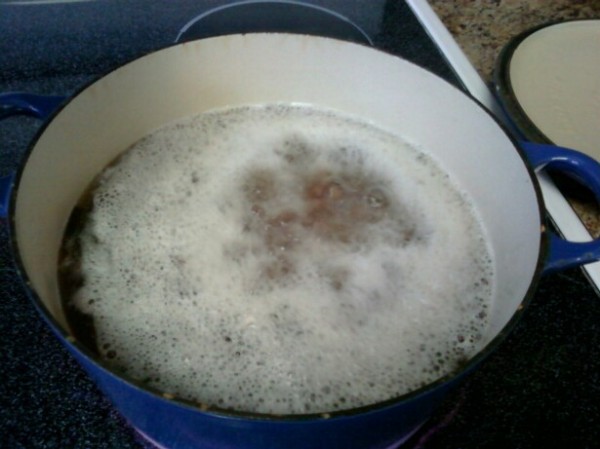 Boil for 5 minutes and skim off that gas producing foam! 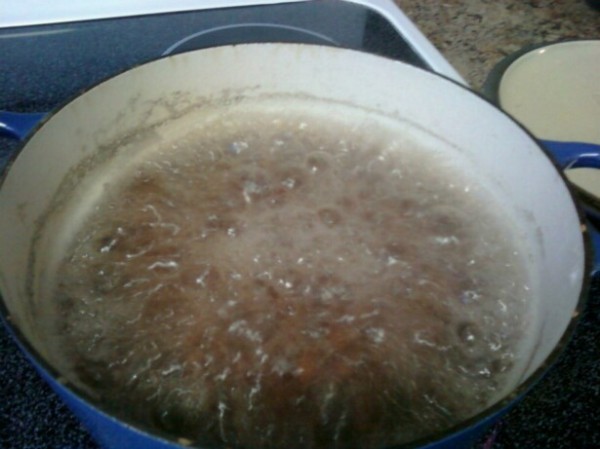 Recipe called for 2 cups of butternut squash, which was about half of what I had. So I saved the rest for another recipe.(I could have used all of it!)

I added the squash after the beans simmered for about 25 minutes.

It’s a good thing I left the peel on the squash, because those were the only parts that really remained. The rest got pureed in there from the hour of simmering.

I added all kinds of stuff to this and kept simmering and adding to get it down to a thicker consistency and a flavor I liked, so I don’t have exact measurements this time, but here’s a list of the ingredients:

Well, it ended up being REALLY really good and I served it over brown rice. I’ll have to make this again and figure out the seasonings for you! : )