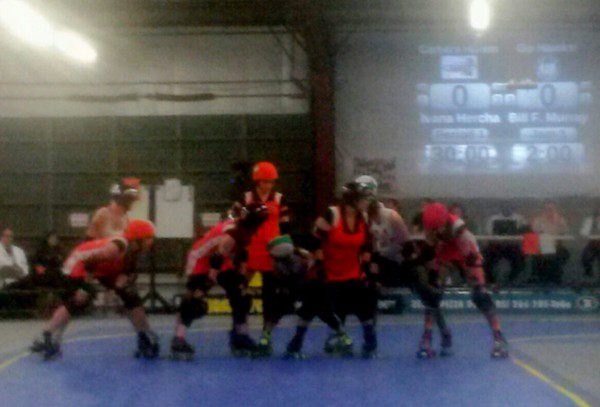 Last week I had a difficult decision to make about accepting the commitment of making Jet City’s fresh meat team. Several factors were involved in the decision, but ultimately it was about keeping balance in my life emotionally, physically, financially, and socially. In the end I decided that even though skating with them is a tremendous opportunity, it’s really just too much for me right now. Mostly because of the time and distance, and the impact that would create.

I’ve drastically improved in the last few weeks (as yet another teammate told me last practice), and them agreeing to taking me on was a great testament to the hard work I’ve put in. That being said, I still have plenty to work on, and I know I can do that in PFM at my own pace. In addition, I’m going to be amping up my participation in Rat City’s Rec League, and see how far that takes me in time. They just revamped their new skater program into a 4 level system (on the website here), and a couple of girls from PFM just made Rat Lab. (So I get to pick their brains about it!) Also, PFM and Rat City are at the same practice space, which I’m already used to driving. 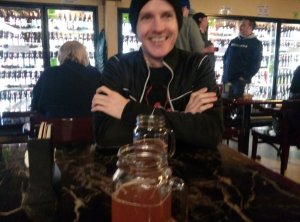 After all that heavy decision making it was nice to take it easy for a change. I only did the PFM practices, and let my body have a little break. We also did things like go out for pizza and beers Friday night (I have barely been drinking lately!), and even went to the movies before heading to the Jet/Rat City game on Saturday night (above). Sunday we were one of the very few households in Seattle to not be in a complete frenzy watching football. Thomas had already told me he wanted to stream roller derby instead, so a couple of the girls came over after practice to watch/talk derby for a while.

All in all, I’m really happy with my progress. I don’t feel like I’m on some crazy deadline, and I’m just enjoying the experience. That’s what I told Thomas. I did this to have fun, learn to skate better, meet people, get in shape. I don’t want to push myself to the point that it sucks all the joy out of it, especially so soon!

Thanks for reading 🙂
Ty