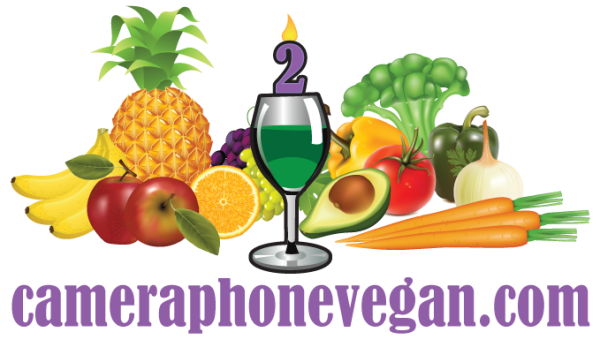 So it’s that time of year again! I went with a green drink this year instead of a cupcake, as I think that’s the direction I steered into this last year. My focus has shifted a bit from the fake meat and cheese centered-ness of a new vegan in 2010, to really trying to eat more whole foods as often as possible, including raw meals too. I also stopped using sugar, with the exception of major holidays. (I tried to use maple syrup instead in the pumpkin pies this year, but my mom protested!)

The readership has also increased tremendously since that first year, with January alone at almost 3,000 hits compared to 2010’s (march through december) year total of 4,601! So a HUGE thank you to all of you who subscribe, read and share! I enjoy your comments, and encourage you to continue to give me any feedback you have on recipes.

We’re [hopefully!] going to be in a state of transition soon. We’re trying to relocate to Seattle as soon as possible, and have been looking for work for there since fall. So as soon as one of us can land a decent job out there, we’re out of here! One of the reasons is that I’m planning to go back to school out there [to advance in my profession] starting fall of 2013. We’re starting to get this place packed up because our lease is up here next month, and at the same time holding our breath that something comes through in that time frame. So if you know of any radiation therapist or set/event/industrial design jobs out there, please let us know! ; )

Thanks again for all your support,