I’ve been following HH on twitter and facebook for a little while now and was curious to try one of her recipes. They’re always straightforward with a short list of common ingredients and a simple preparation. I figured I might as well start with her incredibly wholesome sounding black bean brownies.

I used the method of processing the rolled oats down to a finer texture that she suggested, using the additional 1/4 c. to bring it up to 1/2 c. of oats. I also used 2 tbsp. of the optional sugar and doubled the vanilla to 2 tsp.

Results: Well, you can’t really pass them off as real brownies, so definitely know that! It’s a lot more like very cinnamon-y banana bread with a hint of cocoa. The only thing “fudgey” about them is the texture, and that was with the extra 1/4 c. of oats, so I’d definitely include it.The black beans are fairly undetectable, as promised, but the cinnamon was a little overwhelming for me straight out of the oven. After refrigeration it mellowed though, and they were fine cold. With a nutritional profile of 85 calories, 1g fat, 16g carbs, 4g protein for the base recipe, they’re worth trying, as a lot of people really love these, but they’re not for everyone. Additionally, we didn’t finish them, so I won’t be making these again.

I was going to try her Fat-Free Vegan Butter Bean cookies too,  but I don’t think I will based on the results I had with these. One of the reviewers said that they liked them much better than the brownies, but I hate wasting food and ingredients. Truth be told though, the thing I’ve been most anxious to try is her Chickpea Tacos recipe! This is a household that adores garbanzos! ; ) 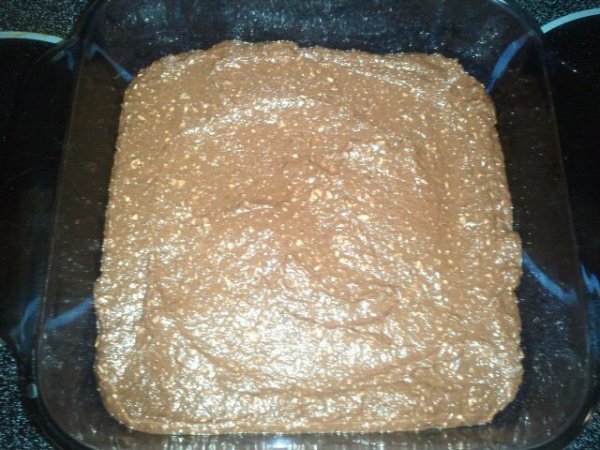