I confess, I wasn’t that in love with this recipe. 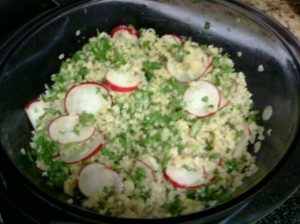 I should say right away that I decided to skip the suggested 2 tbsp. of olive oil and instead just lightly misted it twice while stirring. I think it had too much lemon juice too. I would definitely cut it back to 2 tbsp. from the suggested 3.While it does look pretty, it just left me wanting a more traditional tabbouleh. In the end, I added a spoonful of salsa to get some of the usual tomato flavor in there! It was definitely better when left to chill overnight. I ate this for lunch today, and I was surprised at how filling it ended up being for what I thought was a pretty light lunch. 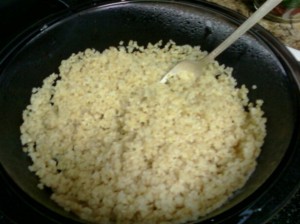 The bulgar still had a little bit of liquid left at the bottom after 20 mins and 30 mins, but it absorbed it in the fridge overnight. 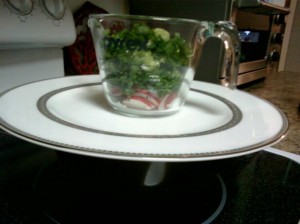 Prepared as per the recipe: add boiling water to bulgar. cover with a plate. then stir in remaining ingredients. 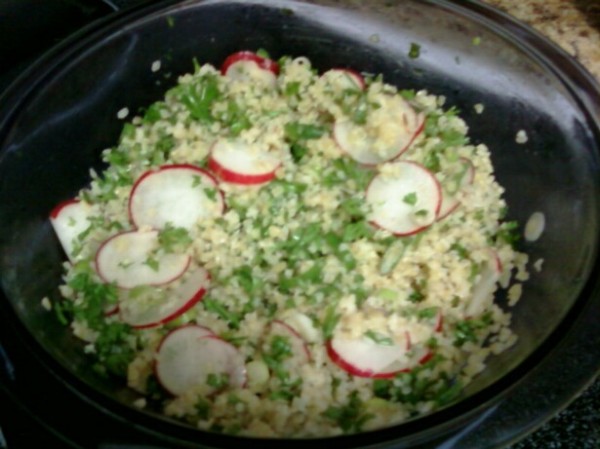