When I went to Whole Foods last night to get brownie supplies, I also went to pick up some fresh greens and frozen fruits for my smoothie making. I picked up two bunches of red chard (because they were on sale) and a bunch of collard greens, a bag of fresh spinach, bananas and frozen spinach, mixed berries and mangos. I also have a few bags of frozen peaches that I had been thinking about making into a cobbler, but may sacrifice to the smoothie cause.

Well today I was super excited to try out my new greens. The red chard is so pretty that even though I’d never eaten it before I was sure it’d taste amazing. As it turns out red chard tastes REALLY strong! (and almost a bit salty!) I mixed the greens and water and almond milk first, and managed to get them a little better blended than days past. But man, the taste was SO much stronger than the frozen kale had been. I added a banana and some berries to try to sweeten it up, and tasted again. Still not sweet. I hadn’t used any sweetener so far, but I could see today was the day. I added a tiny bit of agave and a teaspoon of sugar. Better. I added some frozen kale and more berries and some raisins. I didn’t taste it again. The processor again hated that late raisin addition so they didn’t get really blended in and I packed it up and took it to work.

I think with a stronger green like that I’m going to have to pick some sweeter fruit. The bananas weren’t fully ripe, and berries, well, they’re not that sweet. It was drinkable, but not pleasant in the way the last 3 had been, even though the texture was much better. Oh well! Try again tomorrow! I have lots of options ; )

PS- Cannot wait ’till the vitamix gets here! I am definitely realizing the processor’s limitations in green smoothie world. Like that it leaks out the top if it’s too full! 😛 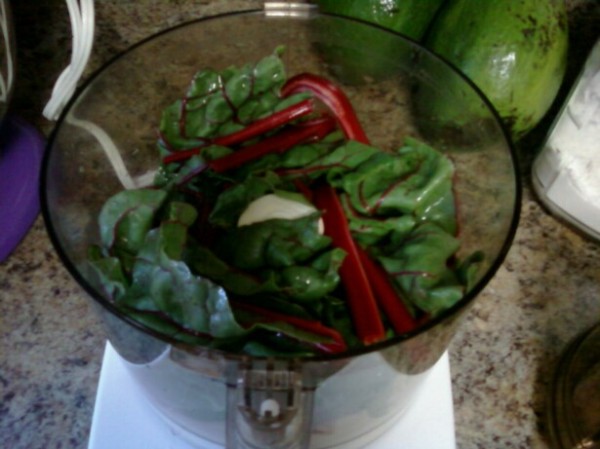 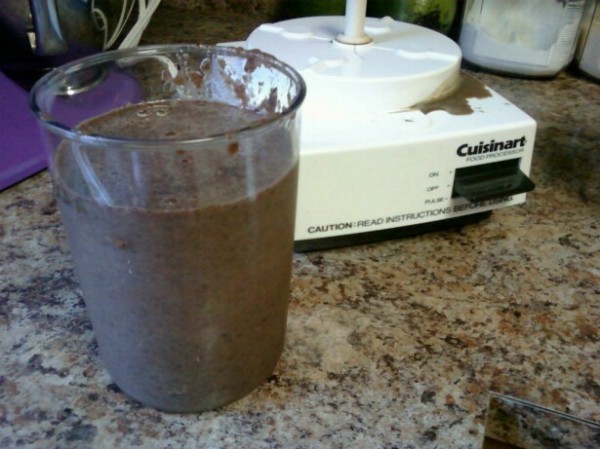